The largest pre-Columbian Maya civilisation archaeological cities, the ruins offer a grisly past but also presents a fascinating retreat from the hustle of modern life

Meaning ‘mouth of the well of Itza’, Chichén Itza is the second most visited archaeological site in Mexico and is listed as an UNESCO world heritage site. 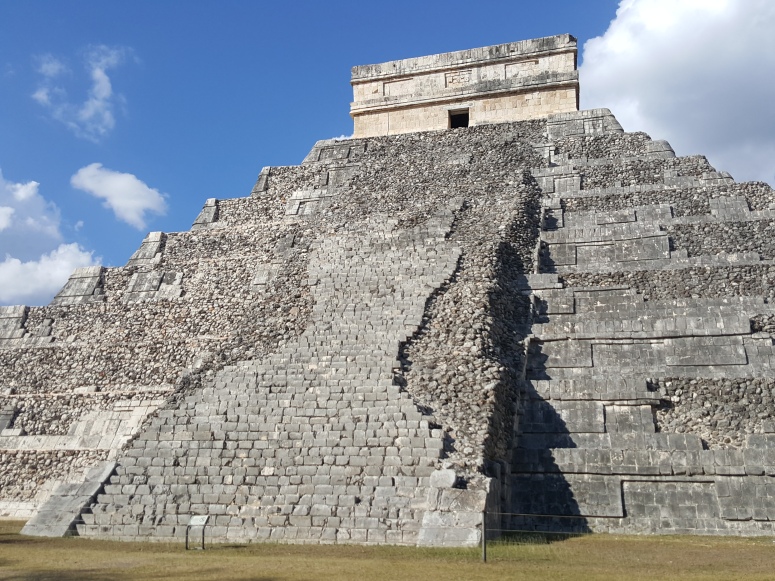 Chichén was founded around the 6th century CE, presumably by Maya peoples of the Yucatán Peninsula.

The Kukulkan Pyramid is one of the new seven wonders of the world and is 24m high.

The ruined ancient Maya city occupies an area of 4 square miles and is located in the south-central Yucatán state.

The site also contains two cenotes, which legend states involved human sacrifices to the rain god with victims thrown into the cenote along with gold and jade ornaments.

Valladoid is a great place to stop for some food and refreshments. with a busy central plaza and a fantastic church on the side, it is well worth a look. 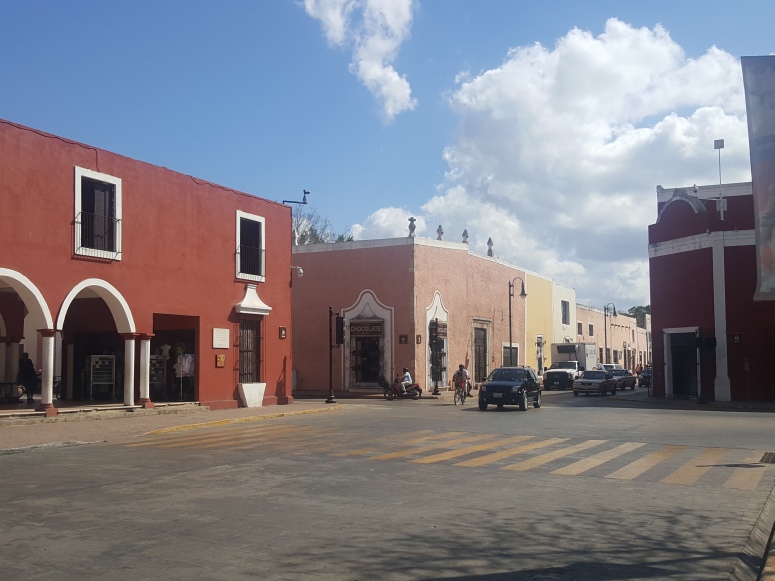 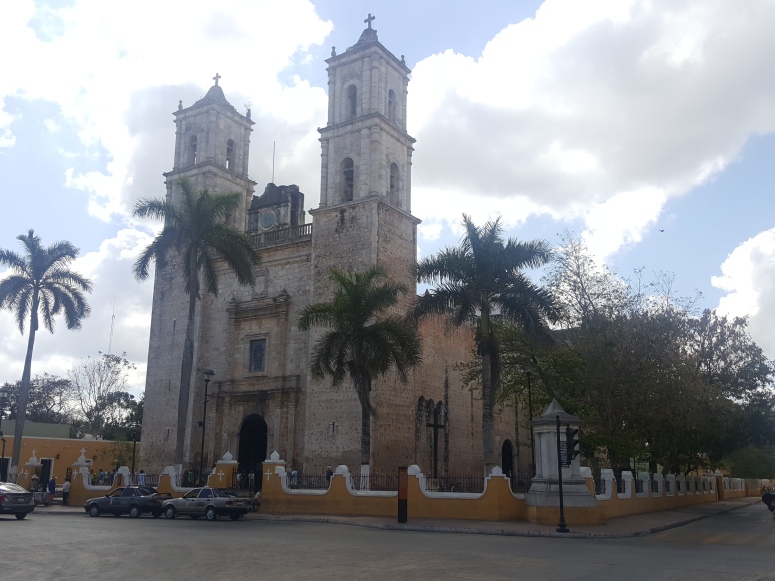 The non-toll route takes you on the 307 to Tulum then towards Coba. You then drive onward to Valladolid and from here, take the old 180 highway to Chichén Itza.

This way takes about 2 hours and 50 minutes.

If driving from Cancun, head to the 180. The drive takes just over 2 hours.

Parking cost 30 pesos for a car.

Tolls range from about 300 pesos each way, depending if you take the toll roads.

Bus: The ADO Bus from Playa Del Carmen to Chichén Itza is a direct bus service that departs at 8.00am and costs 292 pesos. This journey takes 3 hours and 50 minutes. This bus leaves from one of the ADO bus stations in Playa Del Carmen.

If leaving from Cancun, there is an ADO bus that departs for Chichén Itza at 8.45am and costs 268 pesos. This route takes 3 hours and 5 minutes.

This bus leaves from the Cancun Bus Station situated downtown.

Tour: There are lots of tours available and if you’re in Cancun, there are numerous stalls selling a tour trip. It’s always advised to go with a certified tour operator.

We went with Viator and met our tour guide at the Plaza La Fiesta.

NOTE: If you visit the ruins with a tour, be sure to know whether the tour includes entrance tickets or not. This way, if it doesn’t you can properly prepare and take cash out.

The site is open every day from 8am – 5pm daily.
The fee to enter the park is 250 pesos for an adult.

Tip: The best time to visit Chichén Itza is when it first opens in the morning. By mid-morning, tour buses arrive, leading to crowds. Avoid going on Sundays as this is when Mexican nationals get in for free and it can get quite crowded.

The most impressive structures of Chichén Itza are located in the central area.

Here you will find the temples, ball game area, El Castillo (the Pyramid of Kukulkan) castle and the Mayan calendar stone that measures 25 meters.

The Toltec warriors are represented in the engravings found around the entrance, at the top of the castle.

Tours are conducted in a clockwise route.

Plan to spend around 3 hours at the site.

Meaning ‘the Castle’, El Castillo has four sides each with 91 stairs and facing a cardinal direction. There is a total of 365 steps, representing the number of days in the solar year. Shadows cast by the setting sun give the appearance of a snake undulating down the stairways. 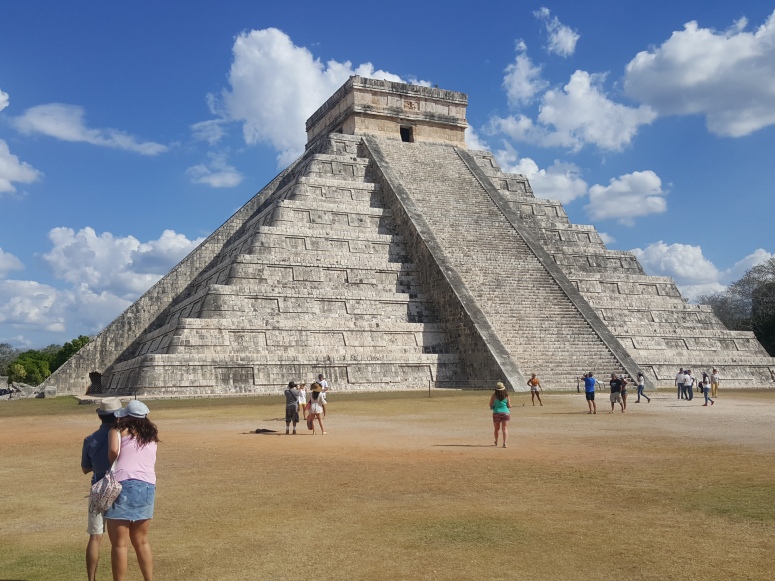 A carving of a plumed serpent at the top of the pyramid is symbolic of Quetzalcóatl (known to the Maya as Kukulcán), one of the major deities of the ancient Mesoamerican pantheon.

This is the main pyramid and the most photographed building at Chichén Itza. You are not allowed to climb the pyramid but you can walk up to the sides.

The ball court was used for playing the game tlachtli and is 166m long and 68m wide. There are six sculpted reliefs that run the length of the walls of the court, which are thought to depict the winners of the game holding the severed head of a member of the losing team. 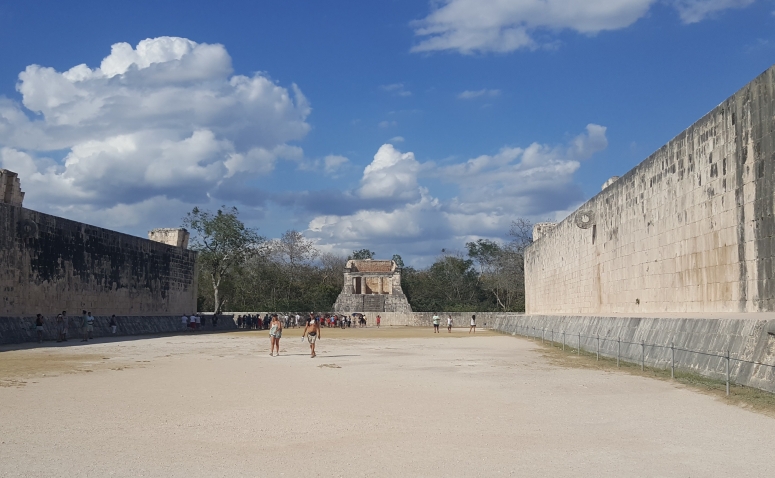 On the upper platform at one end of the court, there is the Temple of the Jaguars, with a mural showing warriors laying siege to a village inside.

Situated at the back entrance, the Caracol is a round building found in the southern part of the site. It is so named because the inner staircase inside the round tower spirals upward resembling a snail. The Observatory has a stela, a picture tablet on the upper platform that dates the structure to 906 AD.

Archaeologists believe Mayans used tis observatory to gather their information about the changes in the location of sun to predict seasons, weather patterns and ritual purposes.

The Plaza of a Thousand Columns

Located to the south of the Temple of Warriors, the repetitive columns of that temple continue southward forming the western flank of the Thousand Columns Plaza. All columns once supported a frieze and a roof which have since collapsed. It is believed that these were great meeting halls. 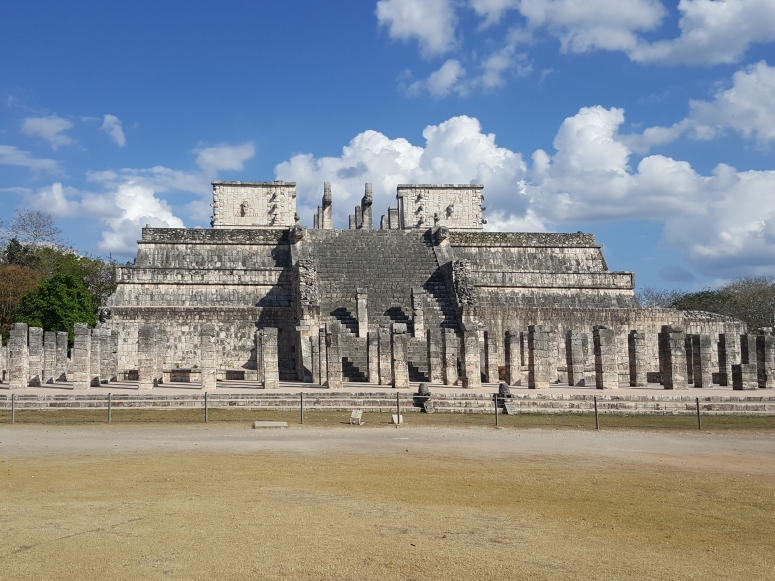 Called the ‘Wall of Skulls’, the structure contains a skull rack and includes a scene with a human sacrifice, eagles eating human hearts and skeletonized warriors with arrows and shields.

Eagles and the Jaguars

Located on the central plain between the Temple of Venus and the Platform of Skulls, the pedestals that top the platform are crowned with serpent heads.

The figures of jaguars and eagles devouring hearts are thought to depeict the warriors responsible for obtaining victims to sacrifice for the gods. 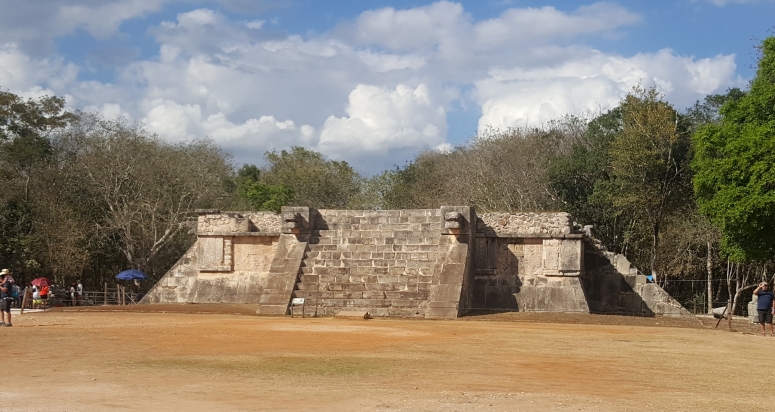 The Yucatan Peninsula is a limestone plain and water permeates to the underground forming rivers, streams and pools known as cenotes.

The Sacred Cenote was used exclusively for religious purposes and potable water was take from other cenotes located throughout the city.

Located at the northernmost part of the ruin, the cenotes facilitated tapping the underground waters of the area.

Cenote Ik Kil, which is located at a close distance to the Mayan ruins, is an open to the sky with the water level about 26m below ground level. The water is 40 meters deep and there are hundreds of vines hanging from above.

There is a carved stairway down to a swimming platform.

If you can’t swim you’re given floats and lifejackets to wear.

TIP: Many tours go to a cenote after visiting Chichén Itza. If you’re on a tour that provides lunch and a cenote visit before entering the site, try to visit the cenote first before eating, as we found the cenote was empty as people were rushing for food. There are changing rooms next to the cenote, just past the ticket sales in the entrance. There are also bathrooms in three other locations in the ruins.